The Princess 40M has reached the coveted finalist list for the 2013 Superyacht Awards.

Each May, the superyacht industry’s elite gather at The coveted Ciragan Palace for the glamorous World Superyacht Awards, which honour the finest new superyacht builds delivered to their owners in the past twelve months. This year, Princess Yachts will join the prestigious list of finalists with the very first 40 metre yacht built by the British yard – IMPERIAL PRINCESS. 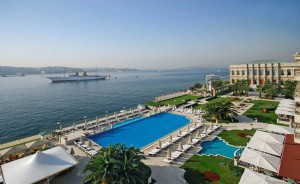 Combining a glittering awards ceremony with a gala dinner and dance, the Awards – dubbed the Oscars of the superyacht world – are attended by an elite guest list of international superyacht owners and the most influential players in the superyacht industry. Each winner is presented with a coveted Neptune trophy, which has become synonymous with excellence in superyacht build and design.

For Princess to have been selected as a finalist with what is their first ‘superyacht’ build is an incredible achievement but then again, Imperial Princess is an incredible yacht. In an exclusive review Boat International recently commented “If Imperial Princess is a measure of what Princess is capable of building, there will no doubt be many more owners, enjoying this little ship for exactly what she is – the chance to enjoy cruising in a yacht built to a standard that would put many more expensive yards to shame”.