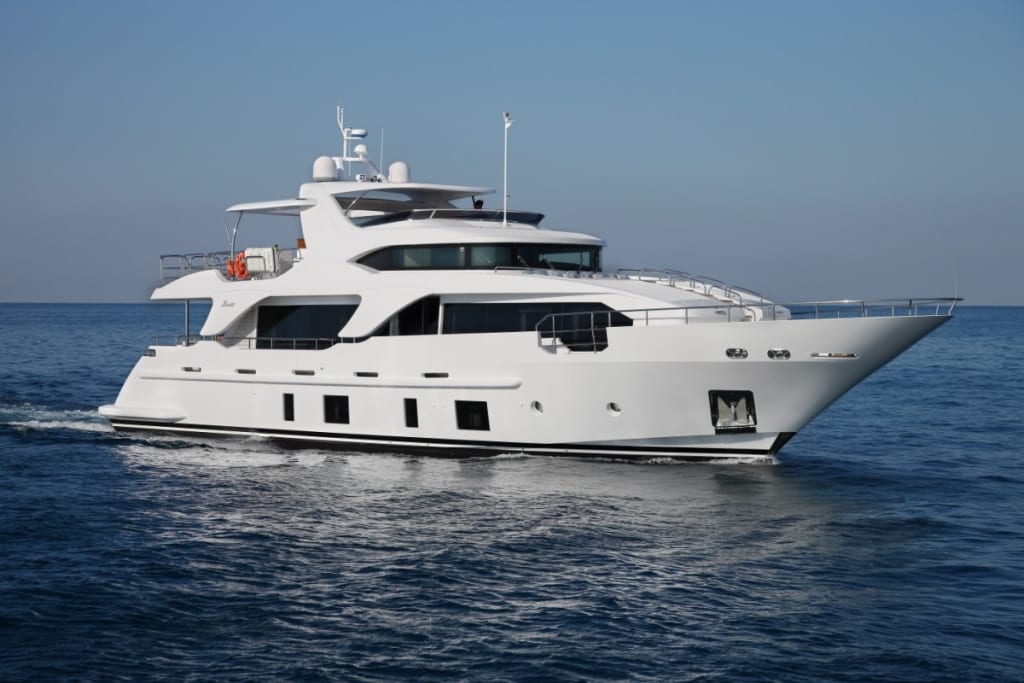 Motor yacht CORSICA is a Benetti 93 Delfino build in Italy by Benetti yard and launched in 2015. This luxury motor vessel is available for luxury yacht charter in Corsica, Sardinia and the Frenc Riviera.

Corsicais an island in the West Mediterranean Sea belonging to France and one of the most popular holidays and yacht charter destination. Corsica (or Corse in French) is located west of the Italian Peninsula, southeast of the French Riviera, and north of the Italian island of Sardinia.

Corsica is one of the 27 “régions” of France, although it is designated as a territorial collectivity (collectivité territoriale) by law.

Corsica is also the fourth largest island in the West Mediterranean Sea, after Sicily, Sardinia and Cyprus.

The island is 90 kilometres (56 mi) from Tuscany in Italy and 170 kilometres (110 mi) from the Côte d’Azur in France. It is separated fromSardinia to the south by the Strait of Bonifacio, a minimum of 11 kilometres (6.8 mi) wide.

Ajaccio Yacht Charter (Ajaccio) is the town where Napoleon was born. Porto of Ajaccio welcomes many yachts for charter in Corsica due to its central location on the west of the island

Bonifacio (Bonifacio Yacht Charter): Bonifacio is located directly on theMediterranean Sea, separated from Sardinia by the Strait of Bonifacio. It is a city placed on the best and only major harbour of the southern coast and also is a commune covering a somewhat larger region including the offshoreIsles Lavezzi, giving it the distinction of being the southernmost commune inMetropolitan France. Bonifacio is a popular superyacht charter marina. Yacht charter CORSICA is a frequent Bonifacio destination.

Calvi is located on the northwest of Corsica and is composed of three other cantons: L’Île-Rousse, Belgodère, and Calenzana. The region is popular for its fantastic beaches and is a popular superyacht charter, motor yacht charter hot spot.